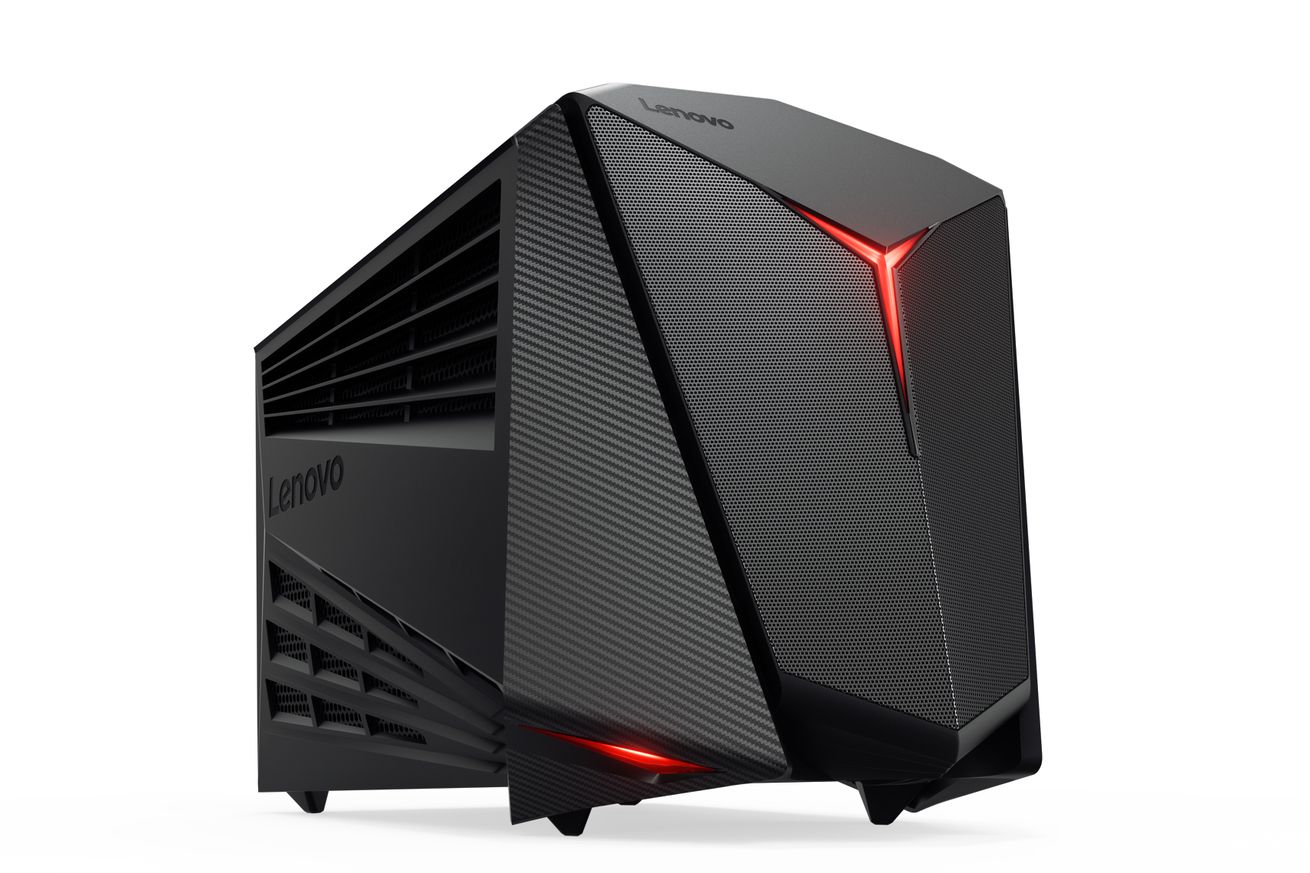 Lenovo has announced a pair of new gaming PCs: the IdeaCentre Y710 Cube and the all-in-one IdeaCentre AIO Y910. Both conform to the established gaming PC aesthetic, using red and black coloring, industrial textures like faux carbon fiber, and a surfeit of a angular lines and grills. (The Y710 tower also bears a striking resemblance to a Cylon's head.) And, like many of the most recent PC and laptop releases, they're also advertised as "VR-ready."

Lenovo is even dubbing the Y710 the "console conqueror" — a grandiose, but accurate title. Choosing the highest-end options on the Y710 gets you Nvidia's beefy, power-efficient GeForce GTX 1080, 32GB of DDR4 RAM, a 6th-generation Intel Core i7 processor, and a hybrid storage system with 2TB HDD...