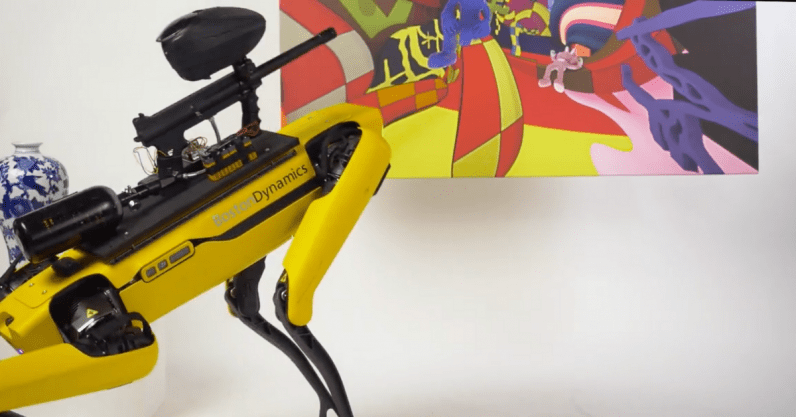 Spot the robot dog has found fame through viral videos of it dancing, delivering sneakers, and even herding sheep. But civil liberties groups fear that the quadruped could also be weaponised. A new game aims to highlight the dangers of the Boston Dynamics bot by arming it with a paintball gun and dropping it in a gallery — and giving you the controls. The project is the brainchild of MSCHF (pronounced “mischief”), a group of pranksters whose previous inventions include an app that recommends stocks for your star sign. [Read: How do you build a pet-friendly gadget? We asked experts and animal owners] The…